Translation and censorship in fascist Italy

Mussolini’s true motives, hidden behind a mask of simplicity, are easy to recognize. He strove to implant his ideology and japanese translator in Italian society. Mussolini wanted to convince the Italian people that he would lead them to an era of cultural prosperity and national achievement. In addition, he tried to avoid any criticism of his political tactics from compatriots or foreigners, and therefore established control over all media such as radio, cinema, theater, press and books. 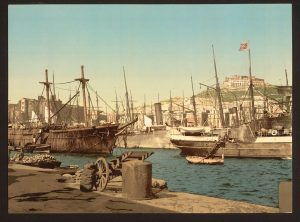 In the 1920s, there was no centralized censorship of print publications, there was no distinction between Italian and foreign literature, and there were no specific criteria for censoring translation. In the 1930s, more translations, mostly English and American works of fiction, were published in Italy than in any other European country. Nevertheless, it was clear that “it was not the regime’s plans for Italy to become too susceptible to foreign influences, since excessive susceptibility would prevent the fascist revolution from creating its own culture” (Rundle, 1999, p. 428). These trends, as well as the government’s desire to promote Italian culture, led the Ministry of Popular Culture (Ministerio di Cultura Popolare) to introduce strict laws regulating translation activities.

So, the publishers were obliged to notify the ministry about each publication of translations of foreign books and ask for its permission to do so. Moreover, translations of all works of art and entertainment publications were issued in limited editions and carefully edited, as the fascists, who are extremely scrupulous about their image and the opinion of the world community, did not want their propaganda tactics to become obvious. Publishers also organized internal censorship of their publications: imposing a ban on published books could lead to serious financial losses or even bankruptcy. 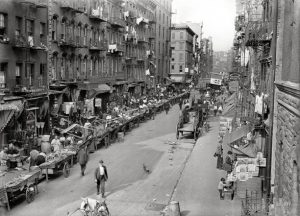 A typical example of regime xenophobia and precautionary control of translations is Americana (Rundle, 2000, p. 76), a two-volume anthology of contemporary American literature translated by several Italian writers and edited by Elio Vittorini. The publication of the anthology was banned twice, since the regime did not want to “flatter America even in the literary field” (Ibid. P. 79). And after the publication was allowed, some parts of it were excluded for the sake of conformity with the regime’s ideology.

Another measure against Americanization involved children’s comics and adventure stories. The government sought to protect the younger generation and provide leadership over them. Therefore, according to Rundle, all “bad” heroes, such as Buffalo Bill and Mandrake, disappeared from children’s books, and the Anglo-Saxon heroes received a more Italian appearance (Ibid. P. 81).

It is obvious that Mussolini’s manipulative tactics and his harsh measures were aimed at strengthening the power of the regime, asserting fascist values ​​and isolating Italian culture from foreign influence. However, the Italian people proved to be very susceptible to foreign culture, as a result of which the regime failed to create an effective censorship system against the penetration of foreign elements and the emergence of the translation industry.